The ketogenic diet is a high-fat, adequate-protein, low-carbohydrate diet that in medicine is used primarily to treat difficult-to-control (refractory) epilepsy in children. The diet forces the body to burn fats rather than carbohydrates.

Normally, the carbohydrates contained in food are converted into glucose, which is then transported around the body and is particularly important in fueling brain-function.

However, if there is very little carbohydrate in the diet, the liver converts fat into fatty acids and ketone bodies. The ketone bodies pass into the brain and replace glucose as an energy source. An elevated level of ketone bodies in the blood, a state known as ketosis, leads to a reduction in the frequency of epileptic seizures.

Almost half of children, and young people, with epilepsy who have tried some form of this diet saw the number of seizures drop by at least half, and the effect persists even after discontinuing the diet.

There is some evidence that adults with epilepsy may benefit from the diet, and that a less strict regimen, such as a modified Atkins diet, is similarly effective. The most common adverse effect is constipation, affecting about 30% of patients—this was due to fluid restriction, which was once a feature of the diet, but this led to increased risk of kidney stones, and is no longer considered beneficial.

Almost half of children, and young people, with epilepsy who have tried some form of this diet saw the number of seizures drop by at least half, and the effect persists even after discontinuing the diet.

Revival of the diet

In 1971, Peter Huttenlocher devised a ketogenic diet where about 60% of the calories came from the MCT oil, and this allowed more protein and up to three times as much carbohydrate as the classic ketogenic diet. The oil was mixed with at least twice its volume of skimmed milk, chilled, and sipped during the meal or incorporated into food. He tested it on twelve children and adolescents with intractable seizures.

In the 1960s, it was discovered that medium-chain triglycerides (MCTs) produce more ketone bodies per unit of energy than normal dietary fats (which are mostly long-chain triglycerides). MCTs are more efficiently absorbed and are rapidly transported to the liver via the hepatic portal system rather than the lymphatic system.

The severe carbohydrate restrictions of the classic ketogenic diet made it difficult for parents to produce palatable meals that their children would tolerate.

Most children improved in both seizure control and alertness, results that were similar to the classic ketogenic diet. Gastrointestinal upset was a problem, which led one patient to abandon the diet, but meals were easier to prepare and better accepted by the children. The MCT diet replaced the classic ketogenic diet in many hospitals, though some devised diets that were a combination of the two. 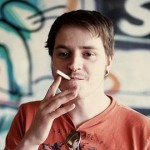 Jason is a personal trainer with a Phd in molecular diet. He has been giving workshops worldwide for the last ten years. View all posts by Jason Dylan